The Food and Drink Federation (FDF) is the convenor, adviser and voice of the UK food & drink industry, the largest manufacturing sector in the country.

We represent more than 300 food and drink companies, from global brands to thriving small businesses.

The FDF is a powerful unified voice for the industry and we act on our members' behalf on the business-critical issues of the day. We communicate our industry's values and concerns to Government, regulators, consumers and the media.

We also provide our members with a range of expertise and guidance including; food safety and science concerns, trade and regulatory policy, nutrition and health, sustainability including plastics and energy.

Employing around 70 people across our offices in London and Edinburgh, we’re a supportive and friendly team who strive for excellence in everything we do, working collaboratively to effectively represent our members' interests.

Our employees think that we're a great organisation to work for - in our latest employee engagement survey, 100% said they would recommend working for the FDF to other people.

We recruit exceptionally talented people to work at the FDF. Read about our employees below to find out what it’s like to work with us and what makes the FDF a unique place to work.

What does your role entail?

What drew you towards your role?

I liked the fact the role was very varied, and it’s true no day is the same, I get involved with so many different areas of the business and have gained a great deal of valuable experience.

What do you love most about working at the FDF?

I love working in the food and drink industry, the people you meet are so passionate about what they do and of course I get to enjoy some yummy food – I am a real foodie so that’s a big plus point. I would also say that the FDF is committed to helping employees with their career progression, they supported me to undertake the CIPR Professional Diploma in Public Relations.

Describe your career path to your role at the FDF

I studied for a business degree and really enjoyed all my communications related courses, I decided I wanted to work in communications. After graduating I gained experience working for a drinks distribution company, the Scottish Parliament and the NHS, before starting at FDF.

How would you sum up your job in 5 words?

What does your role entail?

My role involves managing the FDF’s economic research to raise the importance of the food and drink industry when speaking to Government and the media and provide robust evidence to back up FDF’s policy arguments. This includes leading both the production of regular FDF confidence surveys and official data reports but also longer research studies on behalf of the food chain.

In addition, I lead the development of the FDF policy on export promotion, working with Government officials, businesses and other business representatives to grow our industry’s exports and ensure businesses have access to essential export support specific to food and drink.

What drew you towards your role?

Having worked in both economist and communications roles in my previous jobs, I wanted a role that combined both these skills with my interest in public policy and current affairs. I felt the role at the FDF had a nice balance of research, policy and communications which would give me the opportunity to work on a variety of projects in policy areas of interest, and most importantly, involve working with lots of people.

What do you love most about working at the FDF?

The variety of my work – no day is ever the same. I also really enjoy working with FDF colleagues and a wide range of stakeholders, it’s a very sociable place to work!

Describe your career path to your role at the FDF.

After studying an undergraduate degree in Economics with French at the University of Birmingham, I worked at an economic publication company based in London for two years, where I reported on the latest economic situation in several countries in the Asia Pacific and Latin America. From there, I decided to move abroad to learn Spanish and taught business English to both adults and companies in Madrid.

Finally before moving to the FDF, I worked in the communications team in Sheffield City Council’s economic development arm, focusing on campaigns to bring business and tourism to the city.

How would you sum up your job in 5 words?

We're the Food and Drink Federation (FDF) - the voice of the UK food and drink industry: the largest manufacturing sector in the country. We help our members operate in a highly regulated marketplace to maximise their competitiveness and profitability. Our job is to communicate our industry's values and concerns to Government, regulators, consumers and the media. We also work in partnership with key players in the food supply chain to ensure our food is safe, affordable and nutritious. 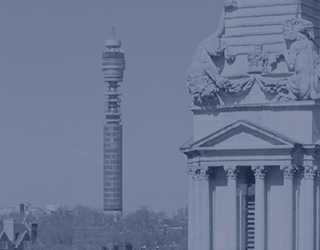 The FDF is a great place to work where we take wellbeing seriously and have a great benefits package to match. 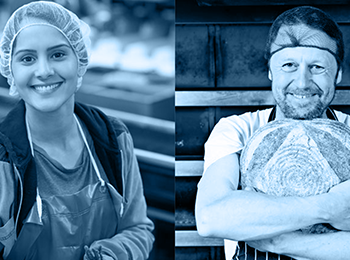 Find out more information about working for the FDF and to view our current job vacancies.

The FDF employs around 70 people in London and Edinburgh. The Scottish team keeps members across the Scotland up-to-date with policy that could have an impact on their business.

The FDF is a great place to work where we take wellbeing seriously and have a great benefits package to match.